Center on the Study of Educators

Attracting Talent to Providence: The Challenge of Teacher Recruitment

Providence Public School District (PPSD) made significant progress last year in ensuring that most classrooms were fully staffed by the start of the 2020-21 school year (see the previous brief in this series for more detail). Despite more positions to fill and higher-than-usual retirement numbers during the pandemic, PPSD hired earlier across the spring of 2020 and significantly reduced vacancies by the start of the school year. The district also hired more teachers of color – a high-priority item given the large disparity between the racial/ethnic make-up of PPSD teachers and their students. Going forward, the district must contend with ongoing areas of challenge, particularly in filling open positions for English learner (EL), math, and science classrooms.

Accelerated hiring timelines appeared to contribute to this year’s success. However, continued progress in PPSD depends upon not only maintaining an early hiring process but also developing a large and qualified pool of candidates from which principals can choose. This brief looks at applicant recruitment. Specifically, we ask: To what extent does PPSD attract a sufficient pool of well-qualified applicants to its open positions and what can be done to improve the pool going forward? 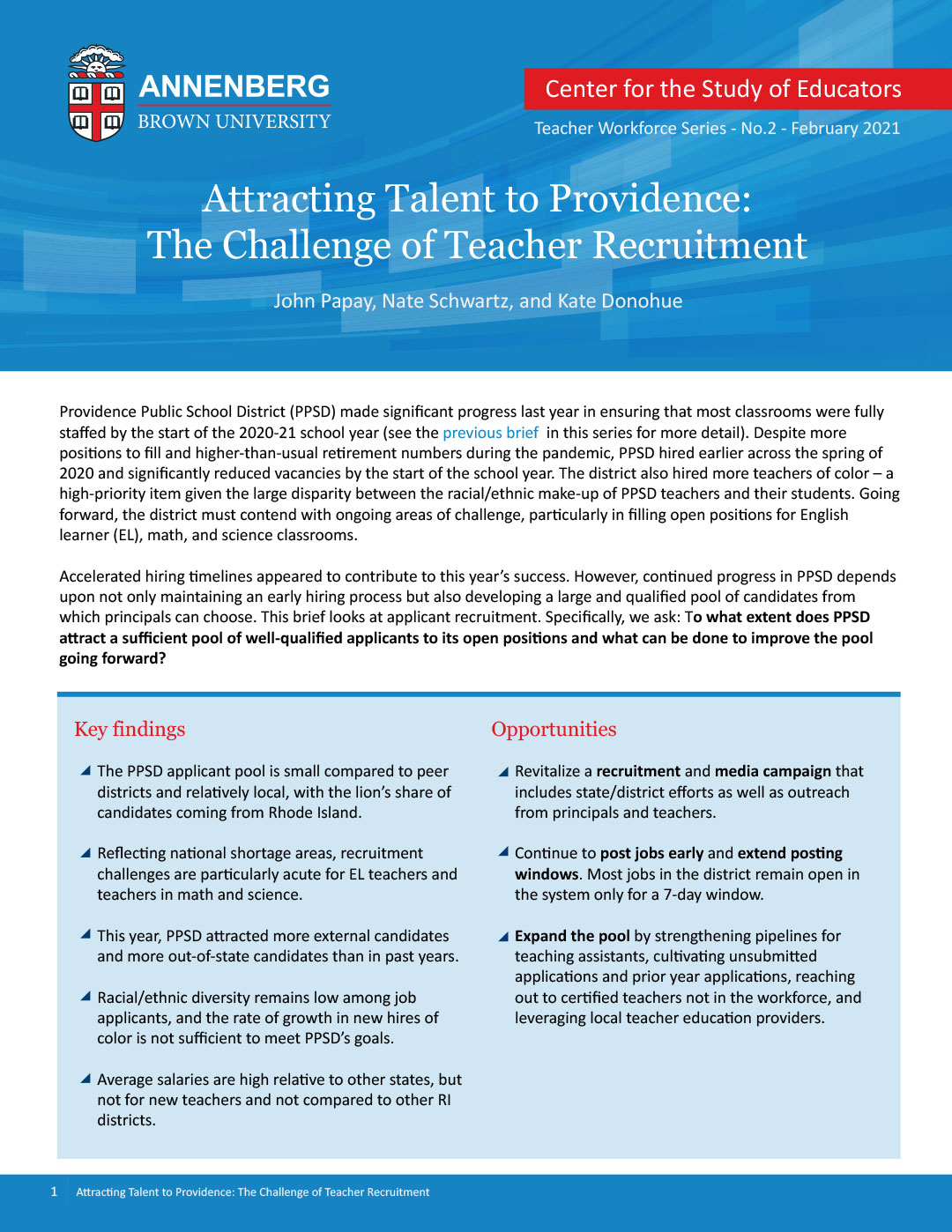